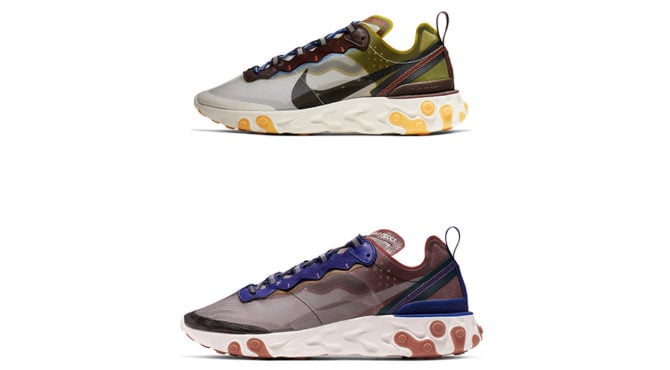 Combining the best in new age data driven design and old school sensibilities the Nike React Element 87 was created, much like many of its swoosh clad predecessors before it, with one simple goal in mind: to make running and walking more comfortable. Paying homage to what Nike defines as everyday athletes the trainer owes its futuristic geometric design to those of us who find ourselves running to catch the early morning bus, trawling the city streets in search of last-minute Birthday presents or pounding the pavements to complete daily errands. 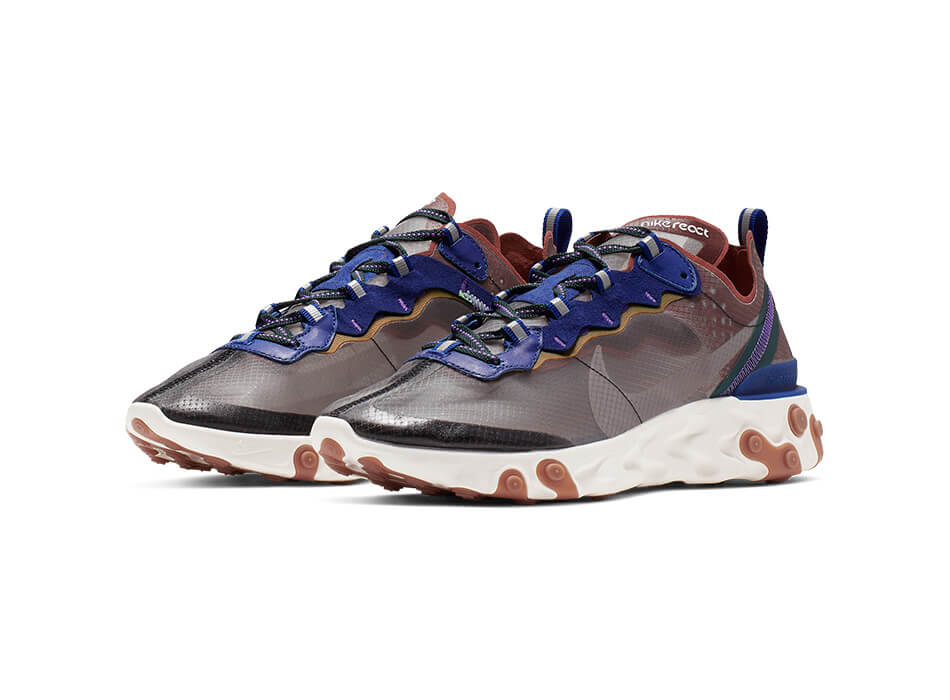 Launched back in 2018 we got our first glimpse of the trainers in March when they found themselves debuting on non-other than the runways of Paris in a collaborative effort with Japanese streetwear label, Undercover. Not only did the trainers showcase some seriously crowd-pleasing stripped back uppers but gave a taste of what had been going on behind the scenes at the nerve centres of the Nike footwear laboratories when it came to the latest advancements in on foot technology. Starting out by pressure map testing the feet of individuals who walked heavily throughout the day the designers were able to identify the main points of fatigue and strain and subsequently set to work elevating it. In an approach that hinges almost on science-fiction, the special projects team began by mapping the results onto, the already world renowned, react foam, drilling holes at specific densities and depths to create a sole that not only offers improved support and an added number of comfort benefits but, enhanced the materials intrinsic shock absorption qualities with a unique, movement influenced wave design and grip-providing rubber outsole pods that tackles the perils of everyday urban wear one step at a time. But it’s not all underfoot where these trainers shine with plenty of distinct characteristics present North of the midsole. Taking inspiration from both the original 1983 Nike Internationalist runner and the asymmetrical construction of the Nike Zoom Fly SP, the Nike React Element 87 pulls together a plethora of specifically chosen elements for an Avant Garde look that rests nicely on an indistinguishable line between, trail shoe, runner and everything in between. Featuring a hiking-esque lacing system, exposed stitching and an enlarged Nike tick to the lateral side the two new colourways see pops of moss green and dusty peach highlight the sneakers distinct silhouette and idiosyncratic shape. Perhaps most notably however, aside from the serious brain power in the sole, is the trainers multi-layered uppers which boast hits of suede and a translucent TPE textile wrap that reveals the interior of the shoe and, in similarly ground-breaking fashion as the application of an exposed air unit to the midsole, challenges the expected norm when it comes to traditional footwear tropes. Rounding out the design other notable details include a sporty heel clip, reflective detailing and some vintage inspired gum hits below. It appears when it comes to bold claims of the, ‘evolution of sneakers’ and the ‘future of footwear’ Nike not only seem to know a thing or two about what they are talking about but, have the foamdrilled holes to prove it. The Nike React Element 87 launches both in store and online at Aphrodite 02/05/19.