After more than 16 years of fruitful partnership, adidas and Yohji Yamamoto are working on forging an even stronger alliance; with the Three Stripes label offering Y-3 exclusive access to the FYW S-97 sneaker.

The revolutionary design first debuted in ’97 during a time when the footwear industry hadn’t really got off the ground yet. Trainer technology was still in its inception stage and sneaker styles were delivered through narrowminded visions. Cue the trailblazing tactics of adidas…

In-house experts at the sportswear label instilled fresh energy into the industry when they launched their ‘Feet You Wear’ technology. The science behind FYW technology, to which the shoe takes its name, was ambitious in every way. Previous designs had led the way for square-shaped soles, while this runner chose to hone in on the natural contours of the foot. Though more rounded trainers like this were virtually unheard of at the time, the masses embraced them full-force. Thus, setting the wheels in motion for boundless interpretations to come.

Now, in today’s age, where luxury and athleisure often collide – as the Y-3 partnership has so often proved, the FYW S-97 trainer is to take a premium turn. More streamlined than the original, Y-3’s FYW S-97 boasts a strictly angled design at the toe. However, its sharper silhouette still imbues referential flair for the past. These retro details unfold in the wavy lines showcased on the midsole and caging system.

Layers of Primeknit can be found across the uppers of both the black and white pairs, something FYW S-97 fans will be used to. Closer up, suede and leather overlays fall in all the usual spots, while a sock-like fit around the ankle provides superlative flexibility.

Perhaps the most distinctive element of this iteration is the Yohji Yamamoto sign off. Etched in white on the black colourway and vice versa, the emblazoned script is truly symbolic of status. A signal from the Japanese designer that these sneakers are wholly Y-3. Finally, dual density Boost™ cushioning propels the foot from the ground upwards. As a result, wearers can expect the smoothest ride ever and unbeatable comfort. 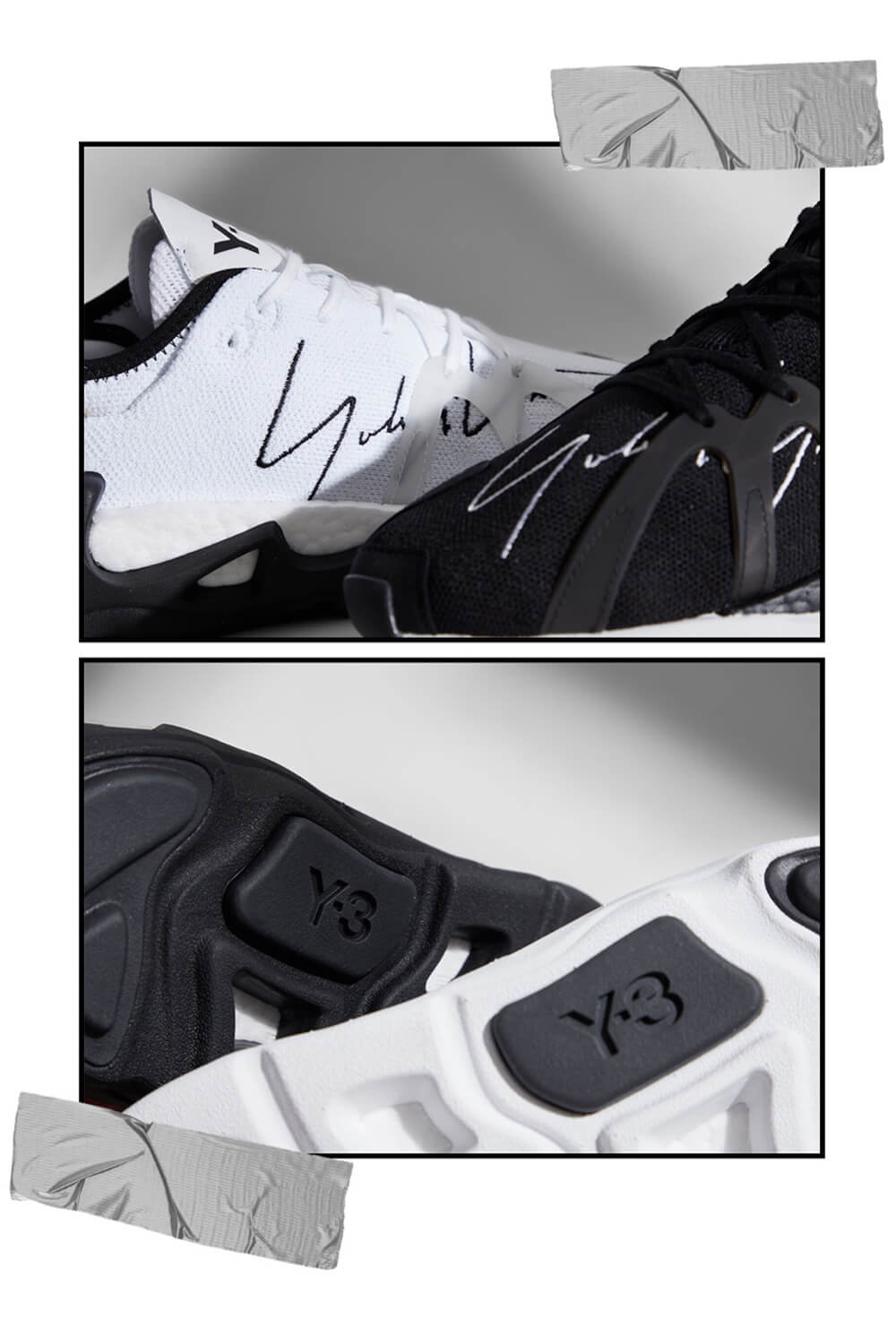 Set to get the streets and the sneaker scene talking, this luxe Y-3 FYW S-97 remix is a game changer. Cop both colourways at Aphrodite in-store or online when the sneakers launch July 18th, 2019.